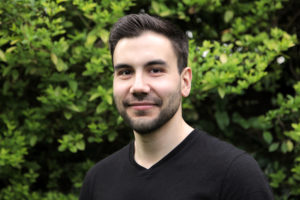 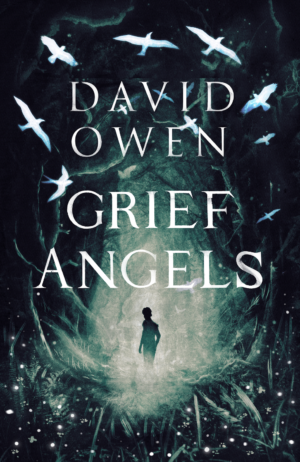 David resents the fact that he was not raised by wolves and was therefore robbed of a good story to tell at parties. He turned to fiction to compensate for his unremarkable existence.

He achieved 1st class honours in BA Creative Writing and MA Writing for Children at The University of Winchester, where he went on to teach on the BA Creative Writing course for three years. He hopes that one day all of his students will surpass his own achievements.

David’s debut YA novel, Panther, was published by Atom (Little, Brown) in May 2015, to rave reviews, was longlisted for the Carnegie medal and optioned for film by Element Pictures. Panther is a funny, touching, and occasionally unsettling coming-of-age story, which deals candidly with the stigmas and misunderstandings surrounding depression. This was followed by The Fallen Children (May 2017, Atom, Little, Brown), which, through a clever, contemporary YA reinterpretation of John Wyndham’s classic The Midwich Cookoos, tells a story of violation, of judgment and of young people who must fight to defy what is expected of them. It was published with a highly innovative cover design which came in 360 different colourways. His third YA novel,  All The Lonely People, (January 2019, Atom, Little, Brown) is a story about online culture—good and bad—and its influence over our sense of self; loneliness in a connected world; the power of kindness and empathy over hatred.

David’s latest novel, Grief Angels, is an urgent and heartfelt look at the power of nostalgia and the many different forms of grief. It was published by Atom in 2020.

He is a former freelance games journalist, contributing to review sites including IGN, Rock Paper Shotgun and Polygon. He has been published as a poet in journals such as Agenda and Seam. David spends most of his time thinking about biscuits.