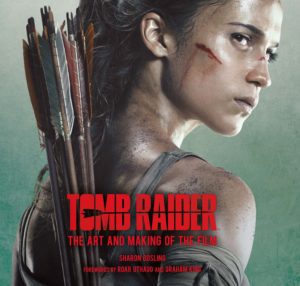 Tomb Raider: The Art and Making of the Film

From Warner Bros. Pictures and Metro-Goldwyn-Mayer Pictures, Tomb Raider follows the treacherous journey of a young Lara Croft as she takes her first steps toward becoming a global hero. Academy Award™ winner Alicia Vikander (Ex Machina, The Danish Girl) stars in the lead role, under the direction of Roar Uthaug (The Wave). Showcasing lavish concept art, behind the scenes photos, insight into the stunts, and fascinating contributions from cast and crew, Tomb Raider, The Art and Making of the Film, is the perfect companion to this highly-anticipated release.