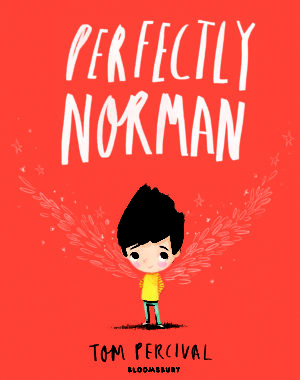 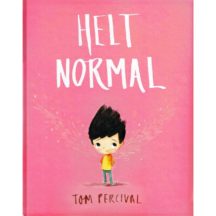 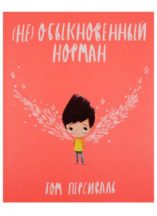 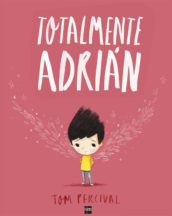 Perfectly Norman is a picture book about a boy who suddenly grows a pair of magnificent, rainbow-coloured wings. While he is on his own, he delights in soaring around up in the sky. But then he begins to worry what people will think about him and his new wings, and hides them away under a huge, tatty old coat – which makes him more and more miserable.

A journey of discovery in which Norman learns that self-acceptance is more important than the opinions of others, and that there is no such thing as ‘normal’ anyway.

"Totally and utterly enchanted by it" The Bear and The Piano's David Litchfield Picks The Best Picture Books of 2017, Waterstones Blog

"This joyous, original paean to individuality is sophisticated but deftly judged; children just starting to sense the invisible burden of peer group disapproval should find it especially heartening." The Guardian

"This is a book that children of all ages will identify with." Early Years Educator

"Warm-hearted and full of the joy of friendship." Parents in Touch

"[T]his is a sweet and truly uplifting story that celebrates diversity in a subtle but unique way, and inspires children to dare to be different and have the courage to stand out." BookTrust

"Percival celebrates the differences among children to challenge the concept of normal... Bold and varying text size along with punctuation provide clever clues for how to read this to best effect, which makes this an ideal selection for storytimes. Verdict: A very discussable title for most picture book collections." School Library Journal

"Percival’s message is emphasized through the canny use of color as a storytelling mechanism: Norman’s world is in greyscale, and, aside from his yellow coat (which can’t fully hide the glow of his uniqueness), Norman also appears in black and white. As the wings come out, Norman and everything he’s near turns technicolor. The story could have ended with Norman’s self-acceptance, but Norman goes on to inspire other children to get rid of their own coats, and, in one glorious colorful spread, they join him in flight." Publishers Weekly

"A heartwarming story about facing fears and acceptance." Kirkus Review