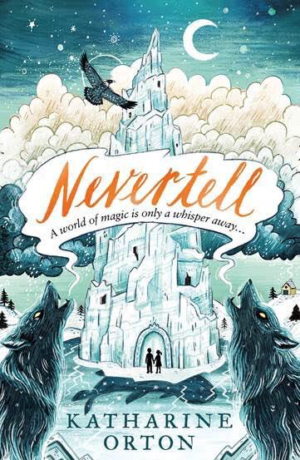 Born in a Soviet prison camp, eleven-year-old Lina has never seen the world outside until the night she escapes with her best friend, Bogdan.

As the pair journey across the snowy wilderness of Siberia, they encounter the kinds of magic that Lina thought could only exist in fairy tales. Pursued by a dangerous sorceress and her army of shadow wolves, Lina and Bogdan will need every ounce of bravery if they are to reach Moscow and freedom.

Nevertell is a book for those who believe in magic in the unlikeliest of places; a story about family, friendship and what it really means to be free.

“A tale that sparkles with frosty magic.” Thomas Taylor, author of 'Malamander'

“It's a thick book and some chapters are scary but it's so interesting and surprising that you won't want to put it down!” Layla (Age 10), National Geographic Kids

“An engrossing first novel by Katharine Orton...this is fantasy at its glutinous best.” The Daily Telegraph, Books of the Year - Children's & Stocking Fillers

“It's an unusual juxtaposition - the harsh world of political prisoners in a forced labour camp versus one of ice castles, spirit children and giant eagles. Katharine Orton pulls it off brilliantly.” The Bookseller

“The children will need every ounce of courage - and a whisper of magic - if they are to survive. Perfect for fans of Abi Elphinstone, Sophie Anderson and Catherine Doyle.” Librarian's Book Choice, School Zone