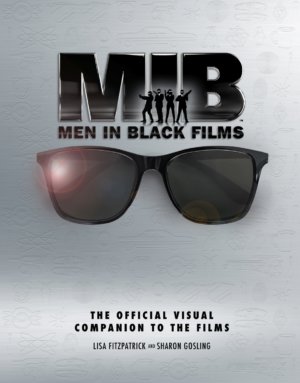 Men In Black: The Official Visual Companion to the Films

Men in Black Films: The Official Visual Companion to the Films is the ultimate retrospective to the universally beloved film franchise. Unveiling the secrets behind the suits, this book contains concept art, sketches, storyboards, costume designs, makeup tests and more. With exclusive commentary from key members of the cast and crew, this extraordinary collection of art will take readers on a journey out of this world. This book tells the whole story for each film, from sketch to screen, and delves into the design and creation of the aliens, vehicles, weaponry and the agents defending the universe as only the Men in Black can do.

This must-have book details the script development and production process of all four films, as well as the impact and influence of those films in popular culture, as well as the makeup, costuming, animatronics, music, and much more. Men in Black Films: The Official Visual Companion to the Films is the only book you’ll ever need or want on the subject.