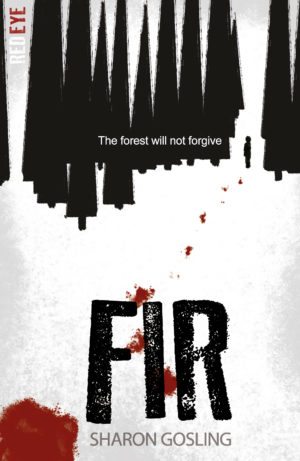 We are the trees.

Cut off from civilization by the harsh winter of northern Sweden, the Stromberg family shelter in their old plantation house. There are figures lurking in the ancient pine forests and they’re closing in.

With nothing but four walls between the Strombergs and the evil that’s outside, they watch and wait for the snows to melt. But when signs appear that an even greater danger is about to strike, it becomes increasingly difficult to distinguish reality from illusion.

'FIR blends psychological thriller and a strong first-person narrative that vividly captures the oppressive and terrifying mythology of the varulv, and an isolated setting reminiscent of the Roanoke legends. Perfect for fans of American Horror Story, and the writing of Juno Dawson, Dawn Kurtagich and Stephen King.' Fiction Fascination Blog

'Part Scandi-noir thriller, part chilling horror, with a side of ancient lore and subtle hint of environmental-awareness... I could not put this book down.' Tea Party Princess Blog

'I’ve never read anything like Fir, a truly wondrous books that’ll have you sleeping with the lights on. A first for me, and I liken it to Grimm Fairy tales, and the ending will have you on the edge of your seat and questioning everything! I can’t wait to read more books by this fabulous woman.' Zoe, Our First Year Here Blog

‘If you like creepy goings-on in a strange, isolated house, you’ll love this Scandi horror. Selling up and leaving Stockholm behind, the Stromberg family moves to a huge old plantation house in the remote north of Sweden, complete with resident malevolent housekeeper. But as the snow arrives and the family is cut off from civilisation, it soon becomes clear that it is more than just trees out there in the ancient forest. Chilling – and not just because of the weather.’ Sarah Kingsford, The Express

‘For horror buffs, from Stripes’ Red Eye series, there’s Fir, a skin-crawling debut by Sharon Gosling. A teenage girl is disgruntled to be uprooted from Stockholm to remote northern Sweden – especially when blizzards cut the family off from civilisation. Hints of classic horror, courtesy of creepy children and a housekeeper who makes Daphne du Maurier’s Mrs Danvers look welcoming, meet Scandinavian werewolf legend in this tale of blood, forest and snow.’ Imogen Russell Williams, The Guardian