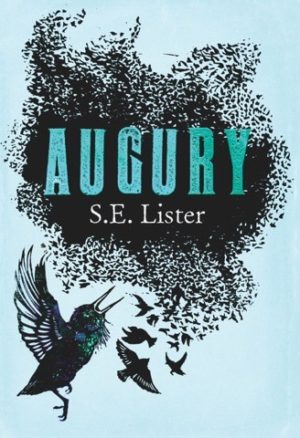 The people of an ancient city awaken one night to find the earth beneath them trembling. But only the Augur, a fearless prophetess who was once the power behind the throne, sees the fate that awaits them.

As the skies darken and portents threaten, a handful of people are drawn to do the Augur’s bidding. Fierce Saba and pale-haired Aemilia, her young acolytes, stolen from their homes long ago. Myloxenes, gentle son of the savage High Priest; and crippled Antonus, the man who should have been Emperor. In the city’s last days, each will be tested.

Their dearest hopes may not survive the fire that is to come.

Augury is the stunning third novel from S E Lister.

“In Augury, S.E. Lister creates a world so real you can taste it, characters so strong you would bleed for them.” Marcus Sedgwick

“[A] powerful third novel … Lister excels at depicting the complexity and consequences of deadly court politics and the misuse of power.” Guardian

“I can't recommend it enough - so atmospheric, and the most beautiful prose.” Emma Smith, Mr B’s Emporium of Reading Delights

"Augury is unlike any book I have ever read before. It is quite prophetic in its message and, although set in ancient times, the sense of doom is palpable today. It is a fascinating and intriguing read with quite frightening consequences of what happens when the signs are ignored." Mairead Hearne, Swirl and Thread.

"This book blew me away. … It builds to a frenzy of action that left me breathless. All I can say is this book is fantastic." Whispering Stories