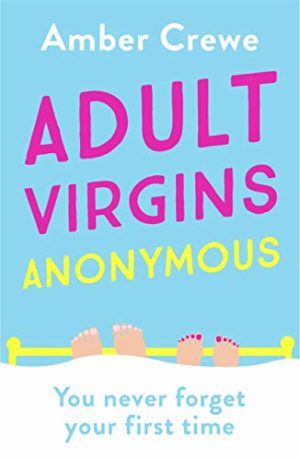 Are you still a virgin?
Want to talk about it in a safe space?
Meetings every other Tuesday.
You’re not alone.

Kate Mundy’s life is not going to plan. Nearing thirty, she’s been made redundant from her job, her oldest friends have quietly left her behind, and she can barely admit her biggest secret: she’s never even been on a date, let alone taken her underwear off with a member of the opposite sex.

Freddie Weir has spent most of his twenties struggling severe OCD and anxiety, and now his only social interactions consist of comic book signings and fending off intrusive questions from his weird flatmate Damian. There’s no way Freddie could ever ask a girl out and now he’s wondering if this is the way it might be forever.

When Freddie and Kate meet at a self-help group for adult virgins, they think they might just be able to help each other out so they can both get on with finding their real romantic destinies. But might these two have more in common than just their lack of experience?