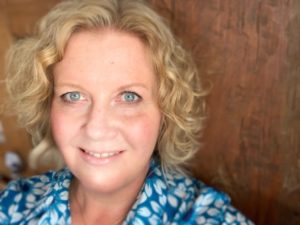 Sarah-Jane spent her early years with words – reading library books by torchlight, writing newspapers for neighbours – and language soon became her passion. She studied Spanish at university, working backstage in West End theatres to fund trips to Spain, and later trained as a teacher.

After taking students on an expedition to Peru, Sarah-Jane fell in love with South America. She became an interpreter for Raleigh International in Chilean Patagonia, before travelling independently around Argentina. Still not ready to say goodbye to Latin life, she got a job as a Tour Leader and spent two years taking groups over the continent’s southern cone, mainly to Argentina, Chile and Peru. She’s visited Machu Picchu six times.

South America re-ignited her desire to write, and her travel-emails attracted a wide readership. Once home in Suffolk, she turned her attention to short stories, having work published in Mslexia and online, before winning a place on the Escalator Literature Scheme. When she’s not writing, she works as a tutor for her own tuition company and has just branched out into running creative writing retreats.

Aside from words and writing, Sarah-Jane loves beach walks, city breaks, cooking, making pictures out of buttons, and poetry. She thinks tea tastes best from a white cup and she can’t watch anyone eat a lolly from a wooden stick.