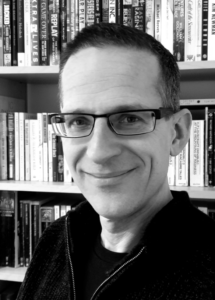 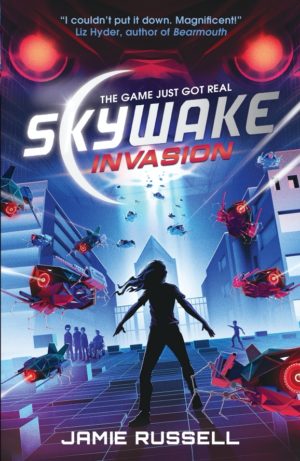 When Jamie was five he saw a Space Invaders machine in a greasy fish and chip shop at the seaside. It blew his mind and started a lifelong love affair with videogames.

After studying at London University and earning a Ph.D. in English Literature, Jamie became a film critic for Total Film magazine. He was dispatched to special movie screenings and fed with free sandwiches.

He thought it was the best job ever.

But he was wrong…

A little later, he wrote for video game magazine EDGE and realised that you could actually get paid for shooting aliens in the face with shotguns.

He has written several non-fiction books including one about zombies and another about Hollywood’s love/hate relationship with games. He has also worked as a speechwriter and narrative consultant for a big US tech company who swore him to secrecy.

These days he divides his time between writing screenplays that never seem to get made into movies and playing endless games of Overwatch (he’s a Mercy main). He regularly pretends to let his two daughters beat him at Super Smash Bros. but the truth is they’re way better at it than he is.

Jamie’s debut middle-grade novel, Skywake: Invasion, will be published March 2021 by Walker Books.  It is the first instalment in the Skywake series.

Jamie Russell is represented by Andrew Mills at JAB Management for his screenwriting.