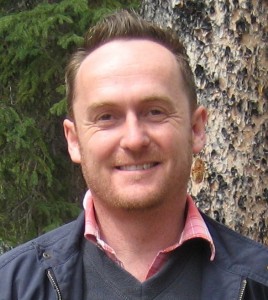 Daniel grew up by the sea for most of his life, and loves the wild, remote coastlines of Devon and Cornwall.

His Dad was a bank manager; his Mum, a housewife. When he grew up, Daniel didn’t want to be either…

At primary and infant school, he liked writing stories about dragons, spaceships, aliens, monsters and God.

His most memorable family holiday was during the summer of 1976, when he stayed in a natty caravan not far from Trevose Head. He distinctly remembers watching Elaine Stritch read Charlie and the Great Glass Elevator on Jackanory, via his parents’ portable black-and-white TV, hooked up to Dad’s car-battery. Daniel thought this was the height of luxury at the time, and still does. He also remembers nearly falling off a cliff during a treacherous night-walk.

After leaving St Chad’s College, Durham University, with a 1st Class BA in English Language & Medieval Literature, Daniel spent ten years working for a specialist magazine publishing company in Bath, before opting for a freelance life in 2000. During this time, he edited and wrote for numerous magazines and websites, covering film, TV, music, books, technology, videogames, photography, knitting, yachting, dogs, and more besides.

Later on, he took an MA in Writing For Young People at Bath Spa University, where he garnered a Most Promising New Writer Award for his efforts. He’s been committed to his writing ever since, and is currently working on his first novel for children.

He plays the piano (kind of), draws (badly) and loves to swim. When not writing, he still makes ends meat (sic) as a sub-editor.