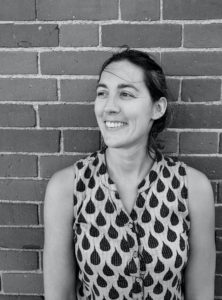 Dani Redd has an MA in Creative Writing and a PhD in Creative and Critical writing from the University of East Anglia. She studied representations of islands in postcolonial and feminist fiction. This involved research trips to some of Europe’s remoter islands, including Spitsbergen, in the Arctic Circle.

Upon finishing her PhD, Dani spent two years living in India and working as a freelance travel writer, with her articles appearing in publications such as National Geographic Traveller India. She has now returned to Norwich, where she recently completed writing her debut novel, The Arctic Curry Club, which draws upon her time spent in Spitsbergen and India.